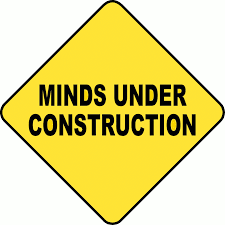 It’s been a while since I  last posted something about Education. However, I feel the need to speak up about this topic. I usually hold back and try not to write things that divide people (I prefer to unite them in common interests), but as we live in a world that loves to debate and talk about different topics, I feel the need to speak with my own voice about something that affects my life every day.

So what sparked this need to talk about Education? In all honesty, the GOP debate from last night (Thursday, May 10). I also read an article today that exactly mirrors my thinking on this topic. (There’s a link to it at the bottom of this post.) And one of the terms I’m going to reference in this post has been condemned to be a “dirty” word when it comes to education: Common Core. Why I’m going to mention this word that seems to only get negative press? For exactly that reason. For the reason that Common Core is only talked about in a way that says we’re killing education, and that this is just another way for the government to control us. I’m sorry, but I”m going to have to stop you right there. Was it enacted by the government? Yes, absolutely. That is not a point for discussion.

What is up for discussion is the concept behind the Common Core standards. While most people are of the belief that the are evil and out to ruin our children, that is the furthest thing from the truth. Common Core was created to ensure that the students across the United States are receiving the same education. And this is for the benefit of our students. We want them held to the same standards no matter where they live to help them be as successful as they can be. It does not matter if this is in a vocational class, advanced placement, physical education, English; what matters is that no matter where they live, they and their parents know that they are getting the absolute best to  prepare them for their futures.

To give you an example, and this is a real life situation not just one I made up, there was a student who attended high school in Illinois.  He and his family were going to be moving to New York. New York is a standards based educational system (as we all should be), so they have their incoming students take a test to assess what standards they know and which ones they still need to master. After this student took the test, he was essentially told to go back to Illinois. The reason for this statement? The reason is that while this student was considered to be achieving for his grade level in Illinois, if he were to transfer to the school in New York he would have been set back multiple grade levels and would not have graduated “on time.”

This should be eye-opening. This should be the reason that we want a system where students and families know they are receiving the best and same education as someone in another state. This was the point behind Common Core. This was the reason the education system was trying to be aligned across the country. It was not because the government just wanted another way to be in your lives. It is not because they needed some “new” idea in education. Are new ideas needed? Absolutely. But the way we think about them is wrong. And here is where I come to the point I want to make.

Do we need oversight? Of course. Are we looking for results? Absolutely. Every single day. Can we expect 100% “consumer” buy in? No, but we try. The teachers in the classrooms, the administrators who run the buildings, and (hopefully) the superintendents and school boards want to see improvement. We want to see students who are motivated and willing to work hard and try every single day. Is this always realistic? No, not always.

But we also don’t run a business.  We can’t expect to see results from new programs over night. It’s not like in business when a company rolls out a new marking strategy or releases a new product. It’s not like when a company hires a firm to “clean up” the business and make it better. And this is the part that is difficult for people who are not in education to understand. I should know, because I did not start out in education – I originally worked in sales when I graduated with my degree. The world of education takes a different mind-set.

The reason for that is because programs need to be implemented early – meaning they need to start at the lower grades if we expect to see change. We need to get the information out to the parents, the communities, the teachers and the staff. There needs to be time for the mindset to change and understand the new programs. The education system as we know it has been in place for a very, very long time. However, we all know that changes need to be made. The problem comes from when people don’t understand the changes and don’t have the resources available to them to see the future benefits of these changes. This was one of the problems that we have seen with Common Core – the idea is fantastic, but after conception, there was not enough time to actually develop a program for all teachers. When the standards were rolled out they were released to everybody at the same time. Reading and understanding the standards was left up to the teachers who were expected to start using them the next year. Additionally, standards for different subjects were released at different times. Ideally, the standards should have been released together (especially for the elementary teachers who were then working from multiple sets of standards).

However, the greatest problem that we have with trying to face change in the education world is that people are trying to run schools like they would a business. Do we want our schools to have disposable income? Absolutely. As a teacher I would love to be able to say, “I need more books for my students” and for the district to be able to say,  “anything you need, Sullivan.” But again, we are not a business. We are trying to help our children grow and learn and be the most productive citizens they can be. We cannot expect to see change from a new program in just a year or two because the students who are taught using that system should have time to live with it and know it. They should have time to know the expectations and the skills they are to learn. If we aren’t seeing changes in a year or two, that should be okay because we’re all trying to understand the standards that are set before us.

Education is the only area where the mandates and programs come from those who aren’t in education. Those in charge of how teachers and administrators are evaluated have never worked in a classroom. There is a large disconnect between the expectations that are placed upon educators and the realities of their every day in the classroom. Education is becoming a numbers-driven field, but students are just numbers. There’s so much more that goes into the field of teaching, but if we continue to run it like a business we aren’t going to see improvements. We need to understand the value of education that’s not reflected in numbers.

So how do we help our children the best? We hold them to higher standards and we give those standards to develop. We don’t cut down a tree before it’s had time to take root; we don’t say the tree isn’t growing fast enough. So why would we do that with education?

Read Why the Common Core Will Be Declared a Failure to see more about what I’ve been talking about in this post.