As I went for my run this morning, I looked up and I wasn’t sure if the sky was reflecting the way I was feeling or, if my mood was reflective of the weather. I found myself with a strange sense of excitement for my plans for the summer and looking ahead to next year, but also a sense of missing my World Lit classes. (They would probably be surprised to hear me say that!) The sky was blue, but the gray clouds were rolling over it…almost as though the sky couldn’t make up its mind either about its feelings.

Another school year has come to an end…this is the completion of my 5th full year of teaching. Normally I would be ecstatic with the whole of summer set before me (along with the meetings I will have to attend, but that’s besides the point), ready with my reading list and my plans for how to improve my class for next year. But for some reason, this school year doesn’t completely feel over to me…and it’s not because we still have graduation next week. No, for some reason I’m not ready to let my seniors go this year. I’m not ready to not have them in my room every day where I can watch them grow (hopefully) and discover their own values and beliefs as we explore other countries and ways of thinking. I’m not ready to not hear their jokes or their stories each day. END_OF_DOCUMENT_TOKEN_TO_BE_REPLACED

Dr. Perry Baird, a rising medical star in the late 1920s and 1930s, presciently began to study the biochemical root of manic depression, just as he began to suffer from it himself. By the time the results of his groundbreaking experiments were published, Dr. Baird had been institutionalized multiple times, his medical license revoked, and his family estranged. He later received a lobotomy and died from a consequent seizure, his research incomplete, his achievements unrecognized.

Mimi Baird grew up never fully knowing her father’s story. Decades later, a string of surprising coincidences led to the recovery of a manuscript that Dr. Baird had worked on throughout his brutal institutionalization, confinement, and escape. This remarkable document, reflecting periods of both manic exhilaration and clear-headed health, presents a startling portrait of a man who was a uniquely astute observer of his own condition, struggling with a disease for which there was no cure, racing against time to unlock the key to treatment before his illness became impossible to manage.

Fifty years after being told her father would forever be “away,” Mimi Baird embarked on a crusade to piece together the memoir and the man, to understand the legacy she had inherited…

As soon as my copy of He Wanted the Moon by Mimi Baird arrived in the mail, I immediately wanted to start reading the May book for the Pi Beta Phi book club, Pi Phi Pages. However, I have a rule about my book club books and that is to finish the previous month’s book before I start the next one, so I knew I had to finish reading Major Pettigrew’s Last Stand before I could start He Wanted the Moon. (You can read my review of Major Pettigrew’s Last Stand here.) END_OF_DOCUMENT_TOKEN_TO_BE_REPLACED 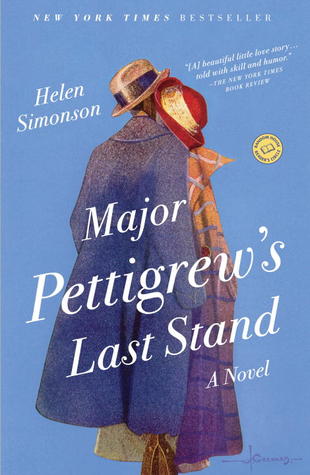 Major Pettrigrew’s Last Stand by Helen Simonson was the Pi Phi Pages read for April. Seeing as how this is now mid-May and I am just now writing my review of it, you might be able to tell that I struggled with reading this novel. I wouldn’t say that the writing of Helen Simonson is bad, I just had a hard time connecting with the characters. END_OF_DOCUMENT_TOKEN_TO_BE_REPLACED 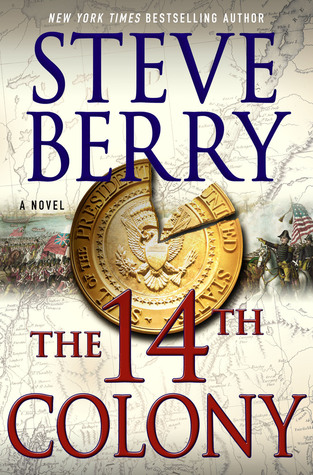 Shot down over Siberia, ex-Justice Department agent Cotton Malone is forced into a fight for survival against Aleksandr Zorin, a man whose loyalty to the former Soviet Union has festered for decades into an intense hatred of the United States.

Before escaping, Malone learns that Zorin and another ex-KGB officer, this one a sleeper still embedded in the West are headed overseas to Washington, D.C. Noon January 20th–Inauguration Day–is only hours away. A flaw in the Constitution and an even more flawed presidential succession act have opened the door to disaster, and Zorin intends to exploit both weaknesses to their fullest.

Armed with a weapon left over from the Cold War, one long thought to be just a myth, Zorin plans to attack. He’s aided by a shocking secret hidden in the archives of America’s oldest fraternal organization–the Society of Cincinnati–a group that once lent out its military savvy to presidents, including helping to formulate three plans to invade what was intended to be America’s 14th colony–Canada.

In a race against the clock that starts in the frozen extremes of Russia and ultimately ends at the White House itself, Malone must not only battle Zorin, he must also confront a crippling fear that he’s long denied but which now jeopardizes everything.

The 14th Colony by Steve Berry is the 11th book in the Cotton Malone series. Apparently April must be the month that I read Steve Berry novels, because last April I published my review of The Patriot Threat (You can read that review here). As I’ve mentioned before, I always enjoy reading historical fiction novels and Steve Berry does a great job of incorporating historical legends or pieces of history into his novels. (To see a list of the books I’ve read so far, visit my 2016 Books page.) END_OF_DOCUMENT_TOKEN_TO_BE_REPLACED

With the countdown on for the end of the school year, I have my students creating photo essays. For their photo essays they are to take one of the themes that we have examine in World Literature throughout the year either persuade their audience or tell a story. The most important things I want them to do though are to capture their own images and to have a coherent, unifying statement. However, this post isn’t really about their projects, but about our last theme of the year: Personal Legend and Social Responsibility.